Brave Bird and Some Halloween Stuff

Last week, both cats were sitting on the bench when this bird (woodland thrush?  brown thrasher?) landed in front of them--I mean almost touching their noses.  Too stunned to move the cats stared until I jumped up and scared him away.  He flew to the fence and stayed there while I came within a foot and took his picture; he stayed for several minutes before flying away.  Never looked at all nervous about me (or the cats). 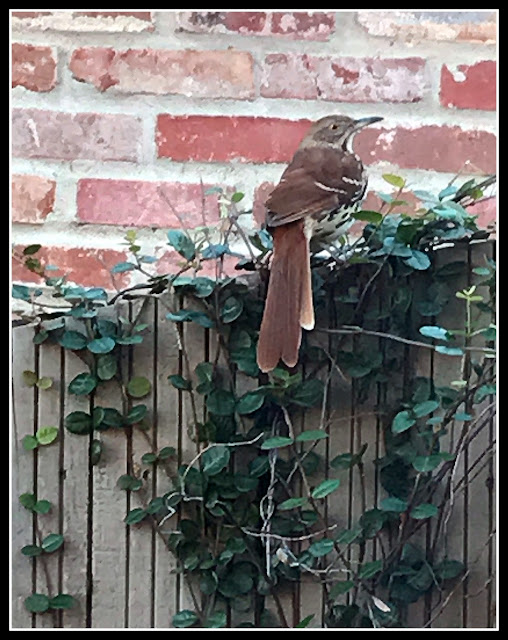 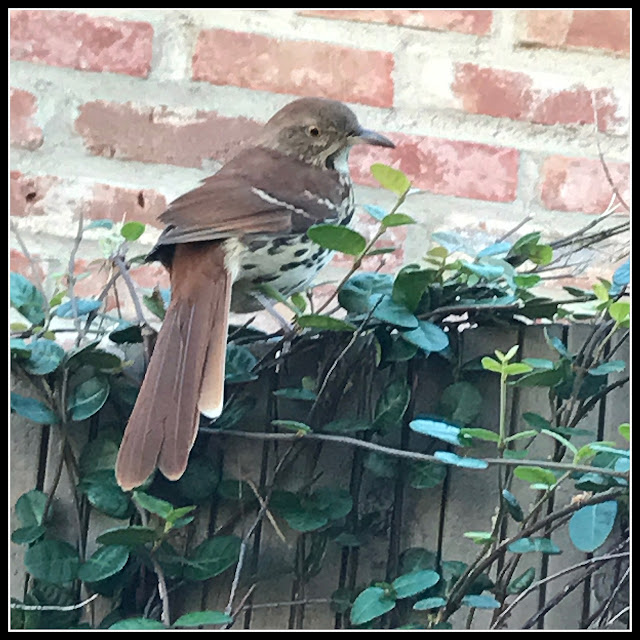 A few minutes after the bird flew, Edgrr decided to check it out. 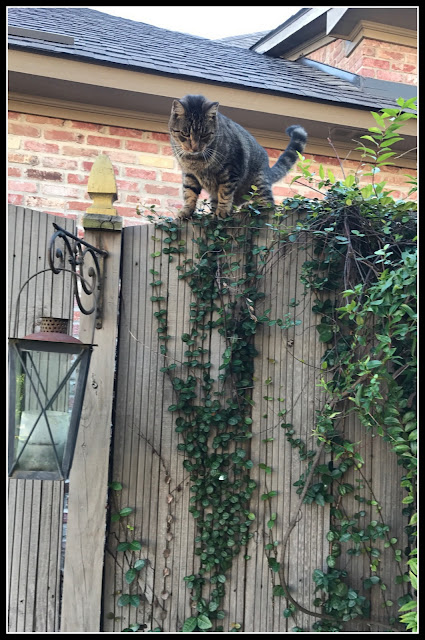 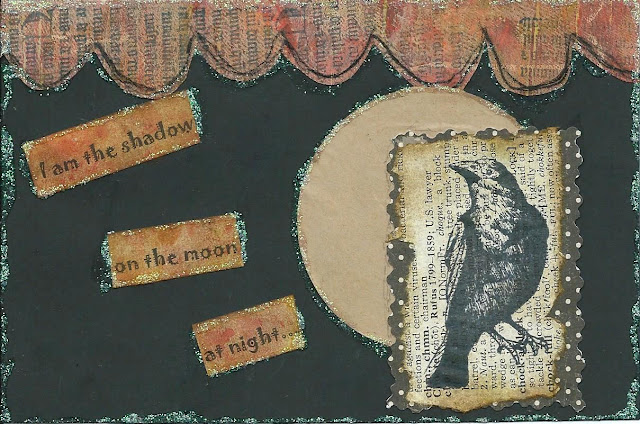 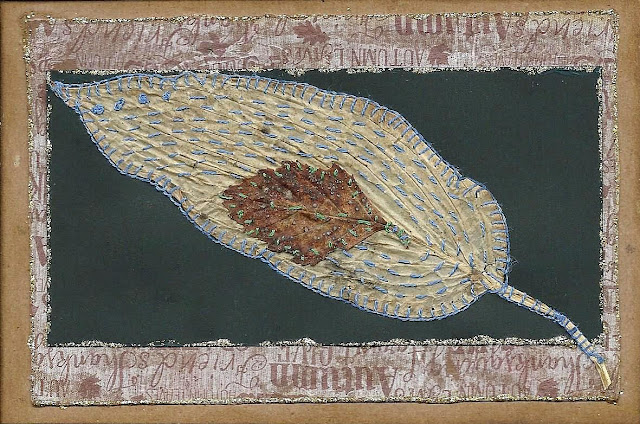 Fred is one of my favorite monster eccentrics. 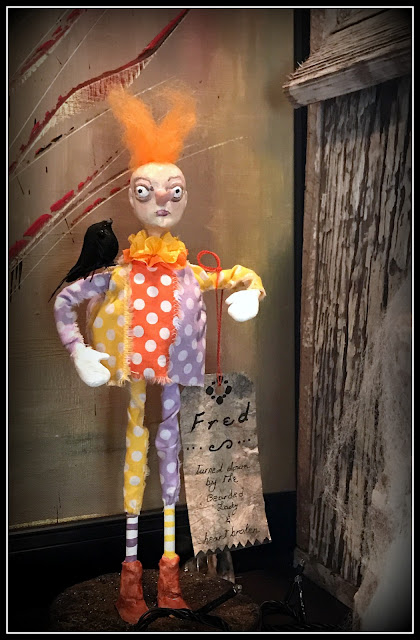 A couple of years ago, a friend gave me some dried gourds.
I had so much fun using them! 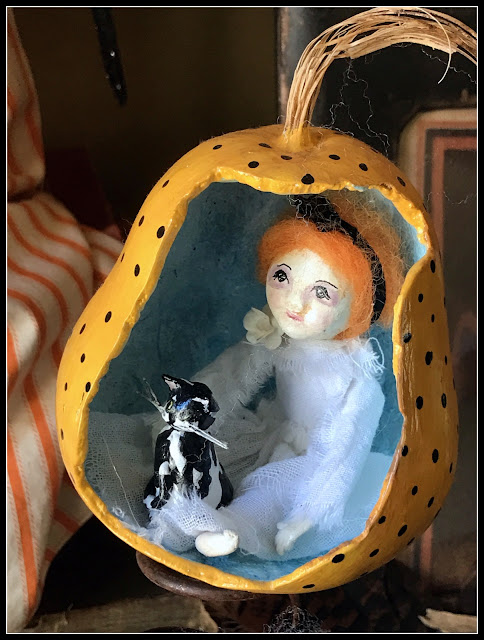 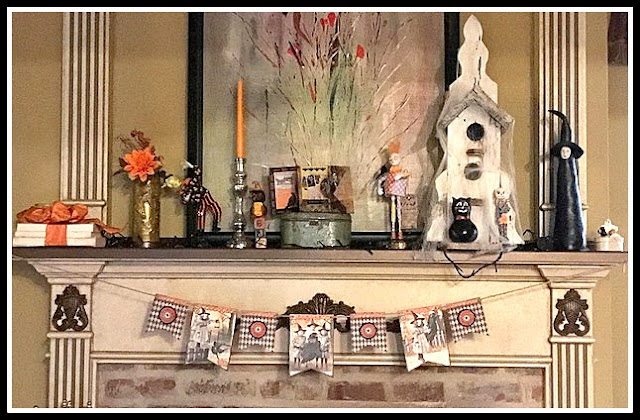 I've made a couple of Halloween paper cones using Dollar Store skeletons,
that I used a banner for several years.
After being cut loose, they found new homes in the cones. 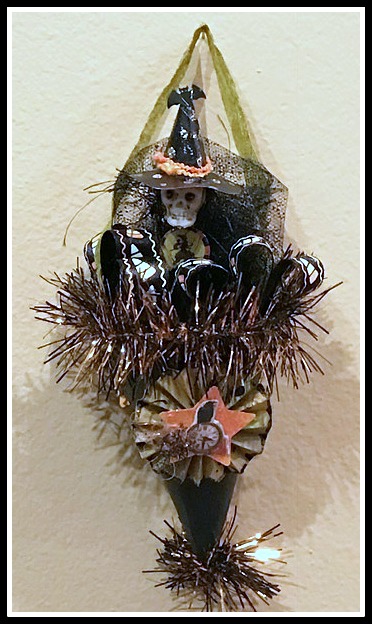 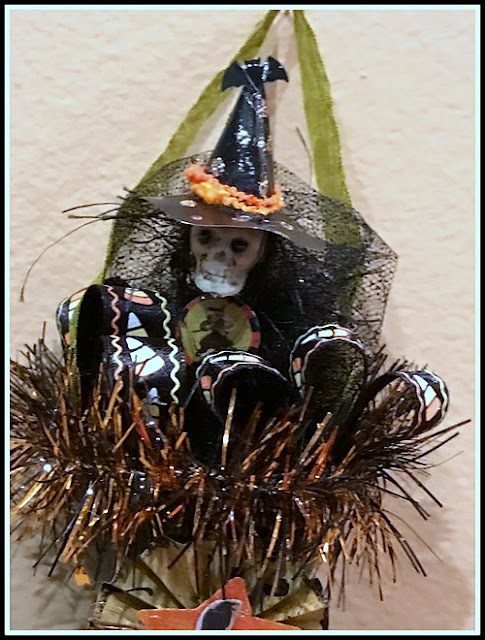 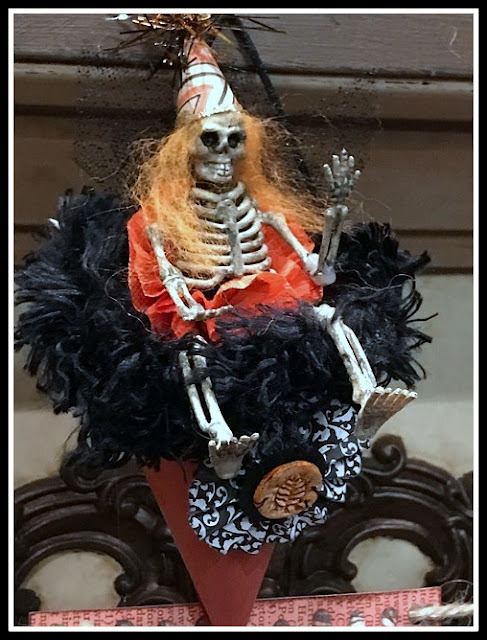 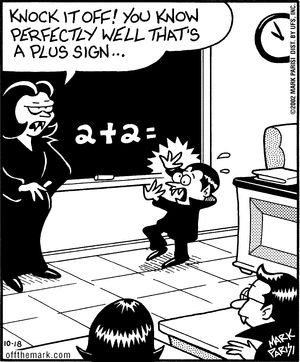 I've about spent my creative energy, but I don't want that to happen.

What do you do to encourage the creative buzz, when you feel depleted of ideas?