This, That, and the Other

Between gardening and glaucoma surgery (laser in office, yea for modern medicine!), I've not been keeping up with quite a few things.  My eye was red, uncomfortable, tender, and scratchy for about four days, but so much better now.  The other eye will go under the laser in another week or so.
The pollen in the air at this time of year covers everything and has not done either eye any favors.  Around here almost everyone is dealing with the effects--tissues  in pockets, sneezes in elbows, yada, yada.  Spring brings the usual allergies along with the flowers.
Another letter from Carol Ann, the day after I sent a response to her last letter. 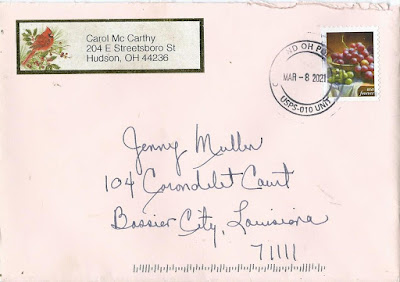 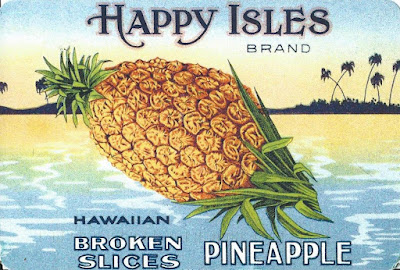 followed quickly by her letter
to Mary Marcotte
Mary of Fleur de Lis Quilts has written a book.
More on that later. 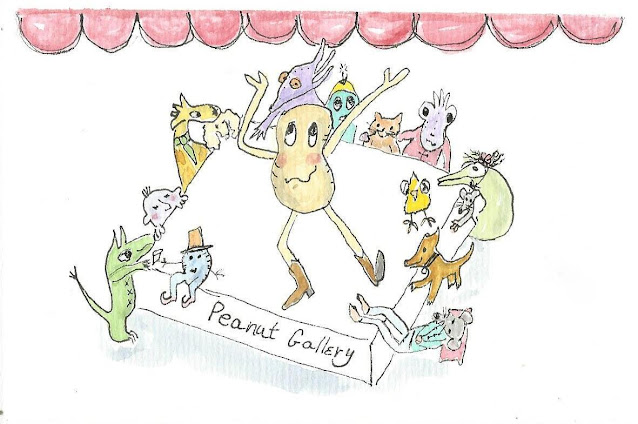 I finished this piece a couple of months ago and glued it to the barrette. 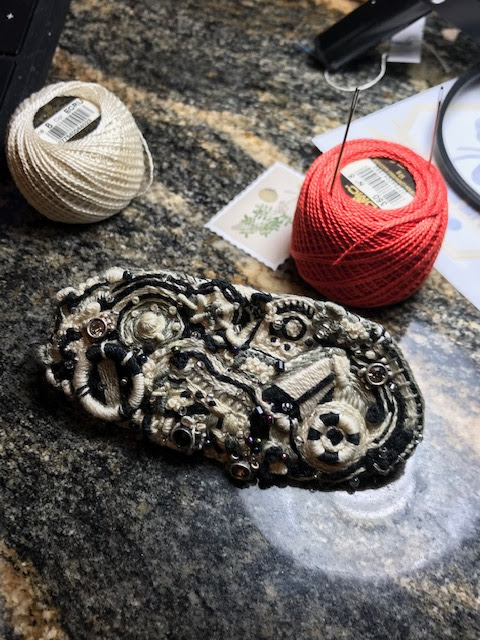 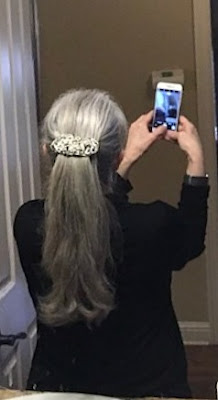 So, yeah, another one. 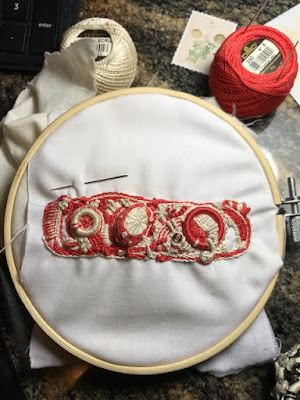 bad photo, but this barrette works as well as the first. 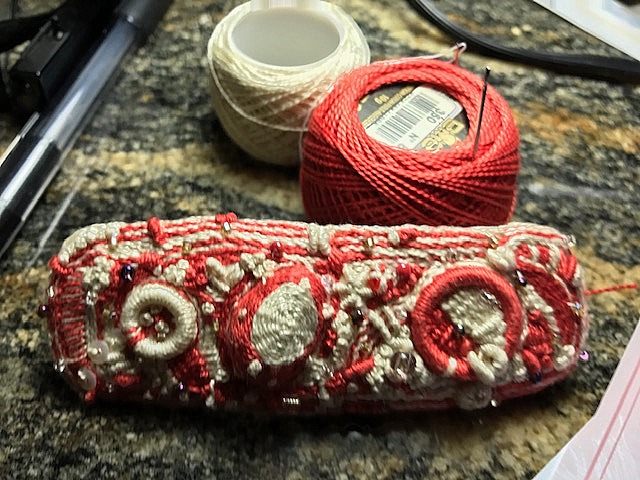 During the February snow, I threw bird seed into the snow when getting to the feeders was awkward.  Now--sunflower seedlings everywhere.  I've pulled a bunch, but I'll let some continue to grow. 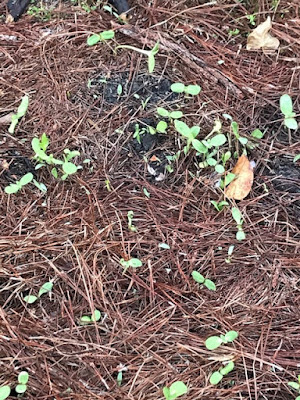 Edgrr loves the lemon grass--which we bought for him
(and yes, because I like it, too)