More Mushrooms and the Medieval Attitude Toward Cats

More mushrooms in progress.  Which means that I've been watching more Netflix.

I've altered patterns multiple times, experimenting with various sizes and shapes.
Many don't work very well, and some are quite fiddly because they are so mall. Nevertheless, I've enjoyed the process and have several more ideas to try. :) 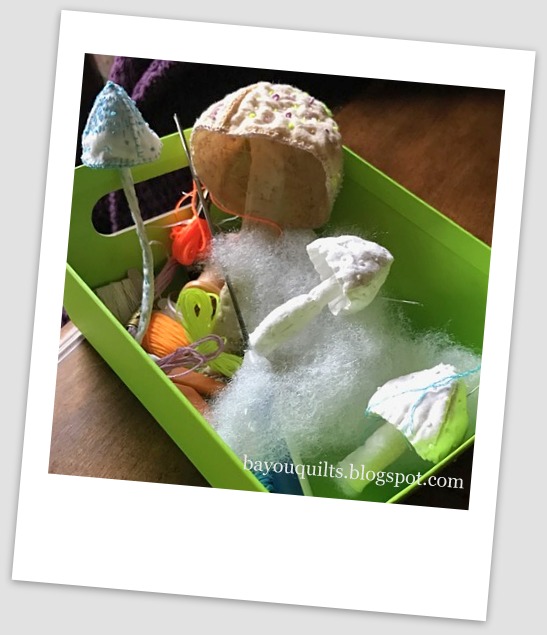 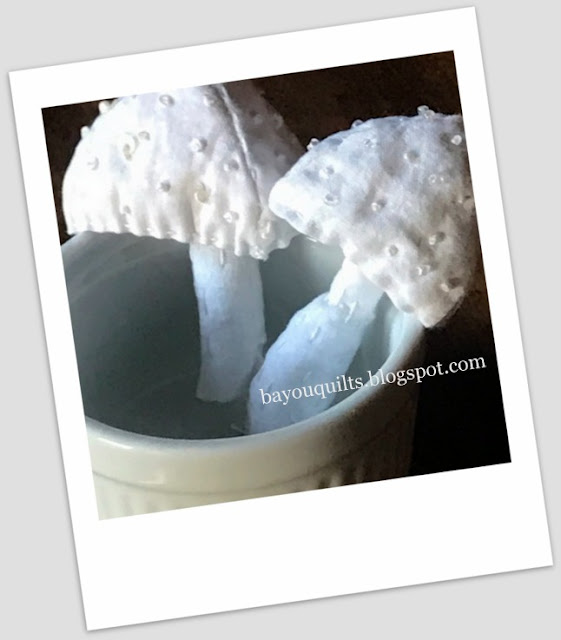 I recently finished a novel by Minette Walters called The Last Hours.  Although Walters is best known for her dark, psychological crime novels, The Last Hours is a historical novel set in 1348 during the first onset of the plague.  Like many others, I've always been fascinated by the Black Death, and Walters explores an avenue that intrigues me.

An interesting side-note:  The plague has devastated the countryside, entire villages dead or fled.  The Dorset countryside is largely bereft of the living when a character investigates an abandoned building that, unaccountably, has no evidence of rats.  He is initially terrified when a strange creature jumps out at him. A demon with strange eyes?  The young man had heard of cats, but never seen one because the Church considered them familiars of witches.

When I read the section about the Church associating cats with evil, I was surprised.  I'd never heard that before--which is when I did a little research and found plenty of authentication.   The Church at the time preached against cats, which were associated with witches and the devil and were often killed.  In some areas, cats were essentially unknown.  Some authorities believe that the prejudice against cats was one of the reasons the plague was so devastating in certain areas--the rat population had no predators.

Our cats, however, eat and sleep, confident that their needs will be taken care of by their humans.