The weather here is unusually warm.  We are expecting several more days with highs of 75--it may be unseasonal, but it is comfortable. Bagging leaves for the compost pile has resulted in ongoing problem with itchy eyes.  Ugh.  I can't get Blogger to let me "left align" if you are wondering about the strange appearance of text.
I've been concerned about the waste of wrapping paper for years.
Shiny and glitter-encrusted paper is especially bad. It cannot be recycled and is nothing else but microplastics. The glitter pollutes oceans and ends up being ingested by animals which, over time, will collect in their stomachs and can be fatal. Fibres found in cheaper types of wrapping paper are not strong enough to recycle; wrapping paper is often dyed and laminated, and may also contain non-paper additives such as gold and silver coloring, glitter and plastics. Then there is the added issue of sticky tape, which is still often attached to paper when thrown away. Landfill or even incineration are often the only options to get rid of the waste.
"In the United States, an additional five million tons of waste is generated over Christmas, four million of which is wrapping paper and shopping bags. In the UK, consumers use approximately 227,000 miles of wrapping paper each year, and will put what equates to 108 million rolls of wrapping paper in the trash.Dec 14, 2020"   Source
Sustainable Christmas Wrapping 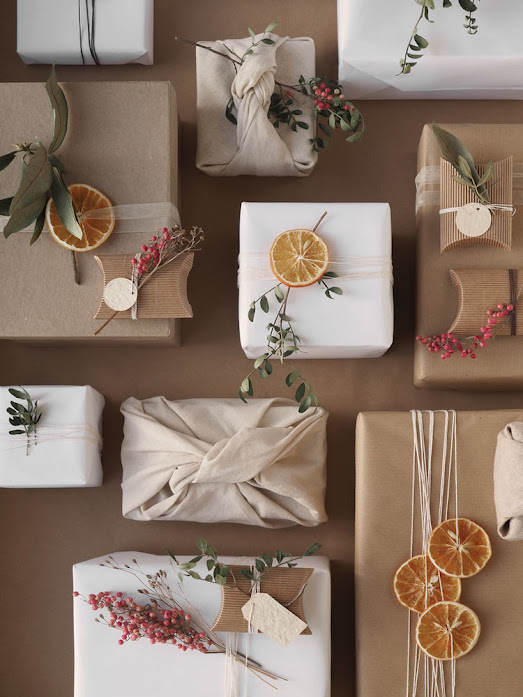 The article gives shopping sources for the easel paper, but the sources were in the UK.  Here's a source for the U.S, but any art store would probably have it.  Dried oranges slices on Etsy or you can make your own.  Orange, lemon, grapefruit can be dried in the oven and would be a fun and scented activity as well as producing the slices for decor.  The above packaging is both lovely and elegant in simplicity.
Since too much wrapping paper goes to the trash, I started making fabric bags or just wrapping gifts in fabric that can be reused.  Large Christmas napkins I bought years ago were also handy.  Recipients kept the bags, but the fabric pieces were returned to me for re-use if the receiver (usually male) didn't sew.  I've also used brown craft paper because I loved the simplicity of it.
In 2019, I tried the furoshiki wrapping and also used my fabric envelopes for gifts, using odds and ends from my stash of "stuff made with no real purpose" items. 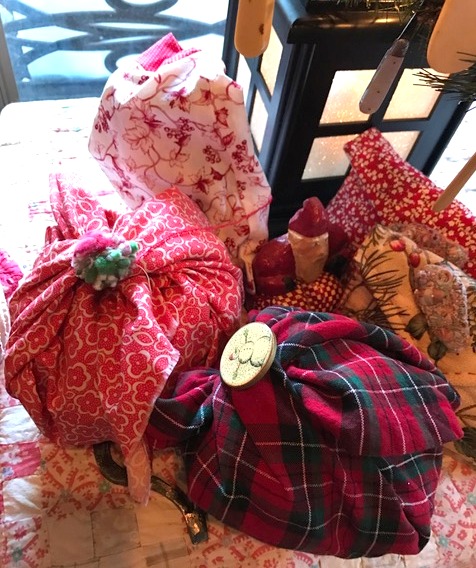 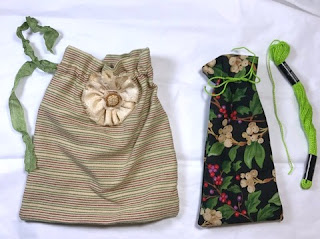 In 2010, I made some brown paper bags, that might be used again, but also could be recycled.  I used beeswax on some, others were just plain brown Kraft paper.  Some I stamped, some I stitched on.  These are small, but some were a little bigger. 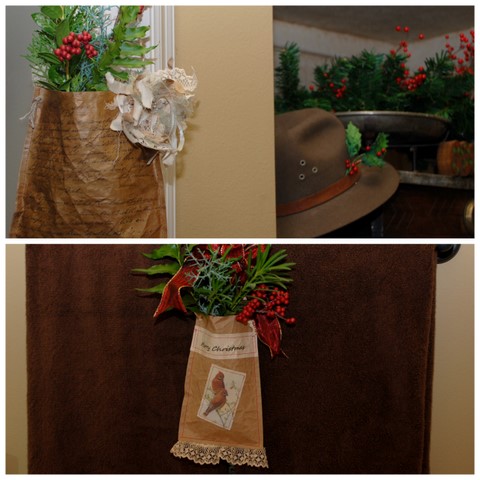 Longer ago than that, I started making fabric envelopes and quilting them for special gifts.  I haven't made any in the last several years, but maybe this year I'll make one or two more. 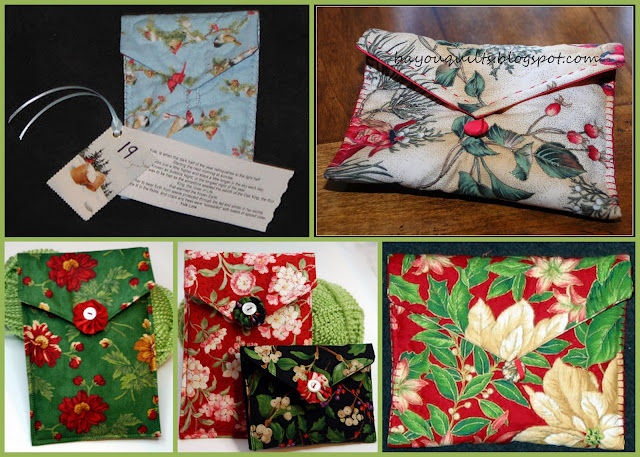 They are nice for small gifts and can be used again for jewelry or  as gift packaging for someone else.  Maybe I'll make a couple more this year.  The envelopes are simple to make, and I enjoy the meditative process of quilting them.
It isn't much in the scheme of things, but it makes me feel better not to contribute to the waste, and I enjoy making stuff, so it works for me. :)
Posted by jenclair at 5:58 PM