Finally finished all of the Christmas Treasure Hunt details!

Here is the Treasure Chest with prizes inside
and Lucy and Stinker who have investigated. 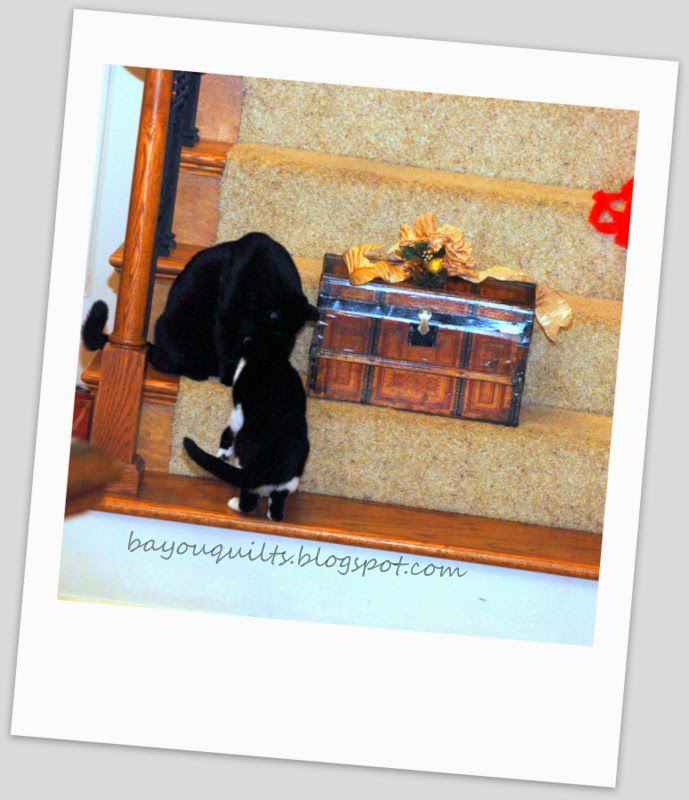 Clues ready to be rolled, ribbon-ed, and numbered. 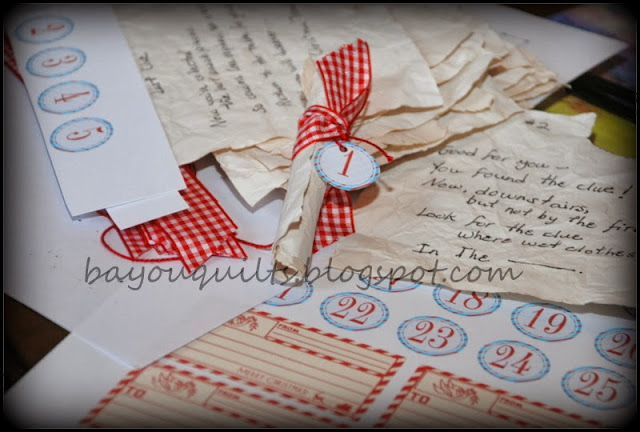 I'm grateful to Vintage Glam Studios and Dru Cortez
for the numbers I'm using for the Treasure Hunt clues.

All of the clues are rolled up, tied, and numbered. 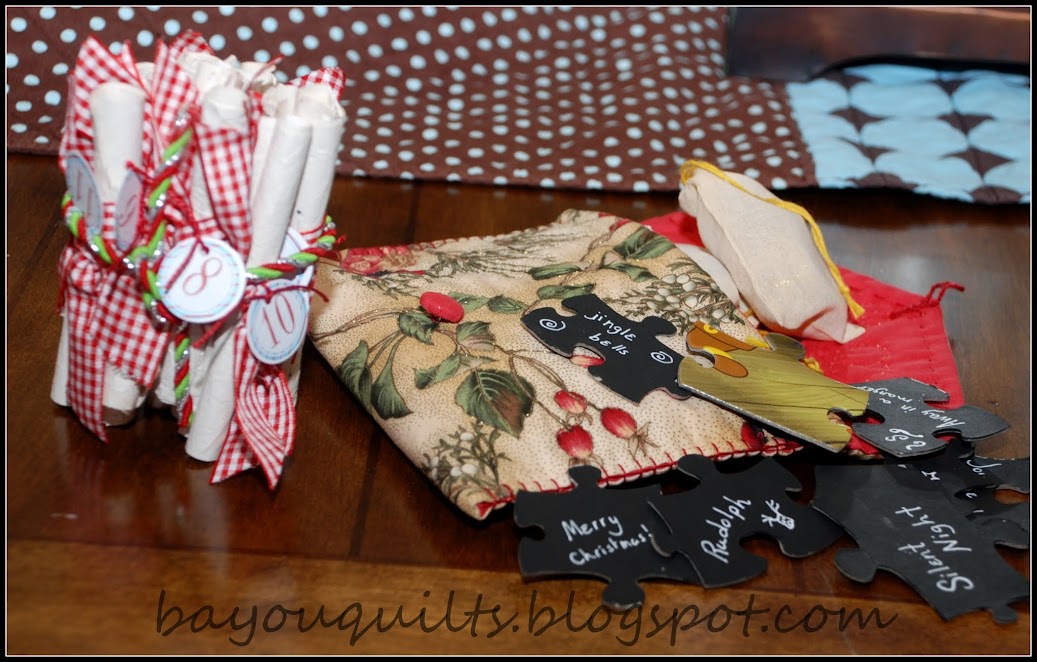 I painted the back of the puzzle with black paint
and wrote various things on them.

The kids will collect puzzle pieces with some of their clues,
and when they have them all,
they can assemble the puzzle:
Jake and the Neverland Pirates. 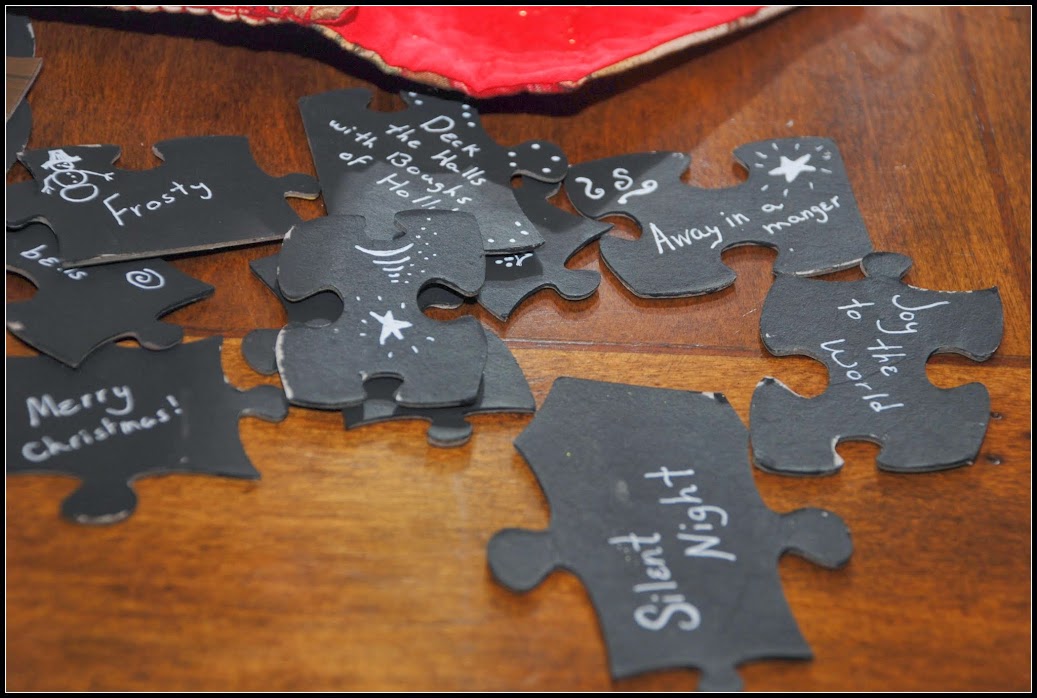 There are also some candy coins
that will be collected with some clues.
Mila, Max, and Bryce Eleanor can put
the puzzle pieces and coins
in the pockets of the aprons
(like carpenter aprons)
that I bought each of them at Hobby Lobby. 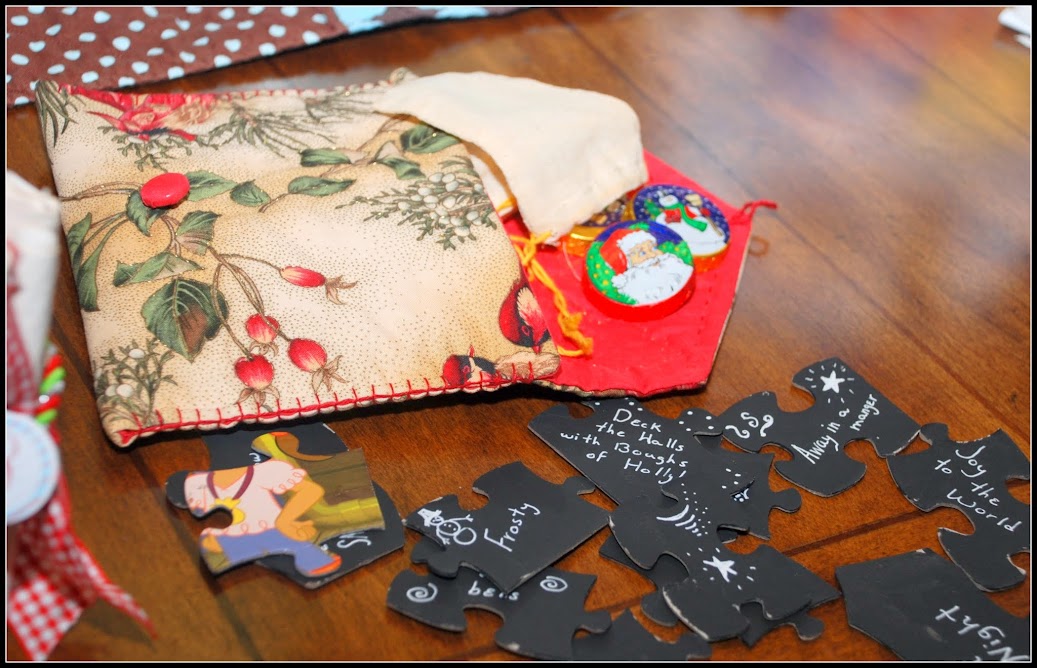 I made the Christmas envelopes several years ago;
this one is perfect for keeping things together until time to place the clues. 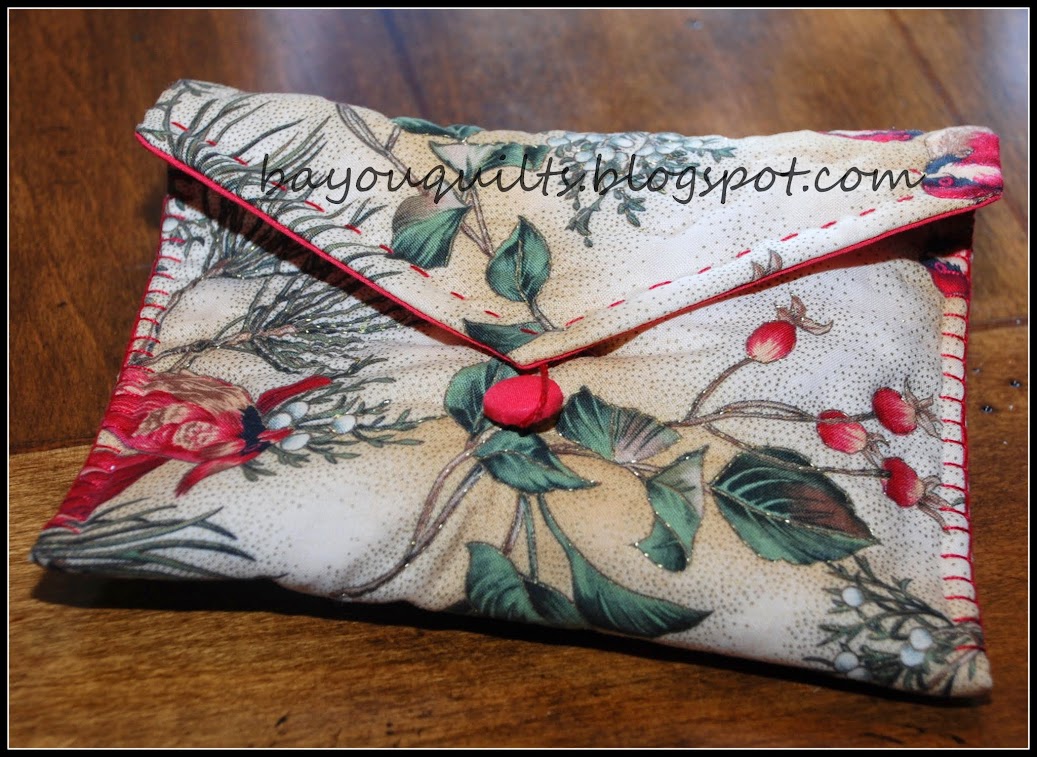 In the envelope, I've included some of the activities
the kids will have to perform in order to get some of their clues.

Oh, yes, I've had fun with this project.

Right now, I'm storing everything in the chest.

The mugs hold socks, candy coins, glow bracelets, pencils.
The silver glitter bird will be attached to a clue in a pear fig tree.

Have to work with what I have,
and the kids don't know a partridge from a craft bird.
Also stuck in the box for now,
is an ornament I made for another clue. 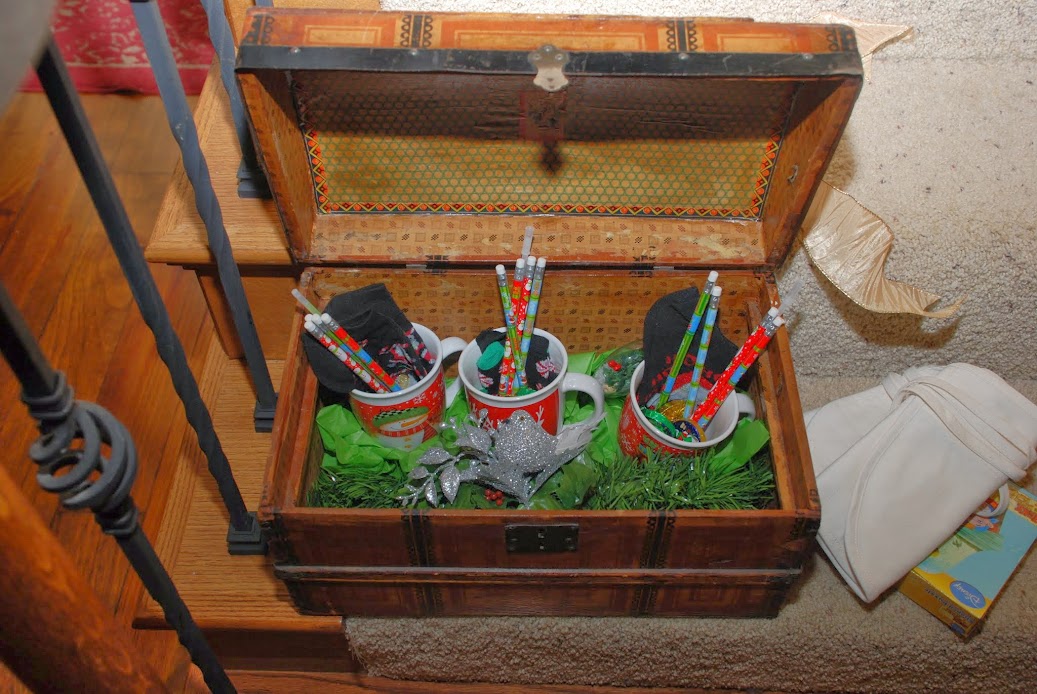 The aprons with pockets and the puzzle box
will also go back in the chest until we get to the cabin,
and I can place the clues and organize everything. 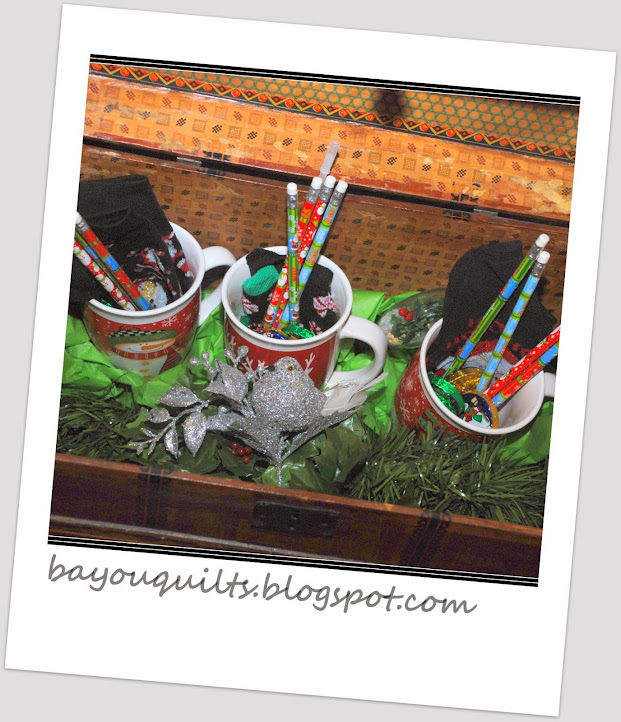 -------------
Bryce Eleanor has a new puppy!
It was supposed to be for her birthday, but she was delayed.
Amelia says that Izzie is NO HELP in wrapping presents....

Does Izzy remind anyone of Fancy Nancy?

Yet one of my favorite mail delights during the season
are the cards from people
who have yet to strike me from their lists for inactivity.

And of those cards, my most favorite
are those with family pictures.
I especially love those from Amelia's friends
who send us cards with photos of their children.

Always makes me smile to see them
and to compare with previous years.

---------
Off to gather all of the Snow Globe paraphernalia
for the snow globe project for the kids.