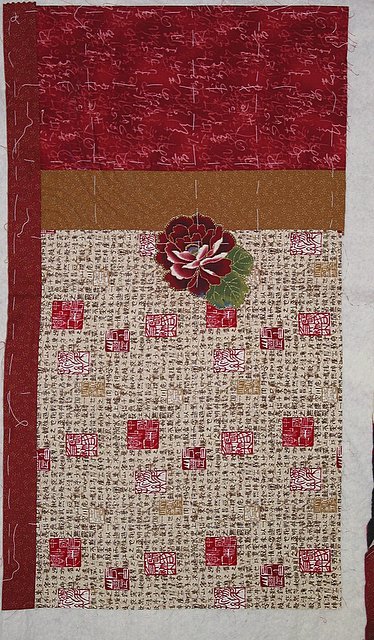 This is the piece I'm working on now. Mistakes: 1) fooling with the darn metallic embroidery thread for quilting the center of the flower - doesn't show 2) using variegated thread for quilting around flower 3) should have used a thicker thread as well, I think 4) not deciding on a quilting pattern before starting; a little time spent on deciding what to do would have been a better idea than making it up as I go along. 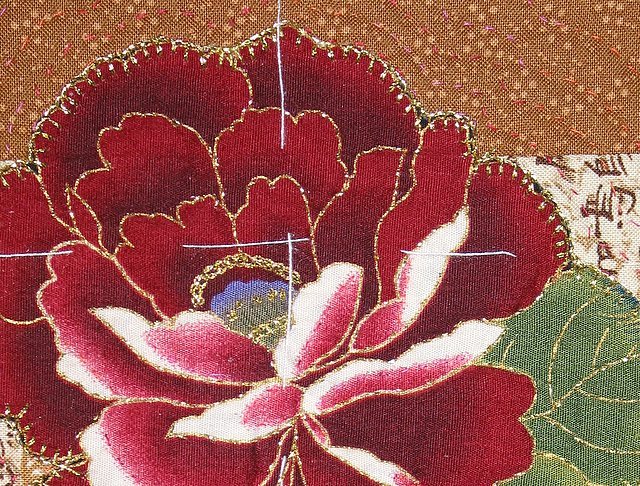 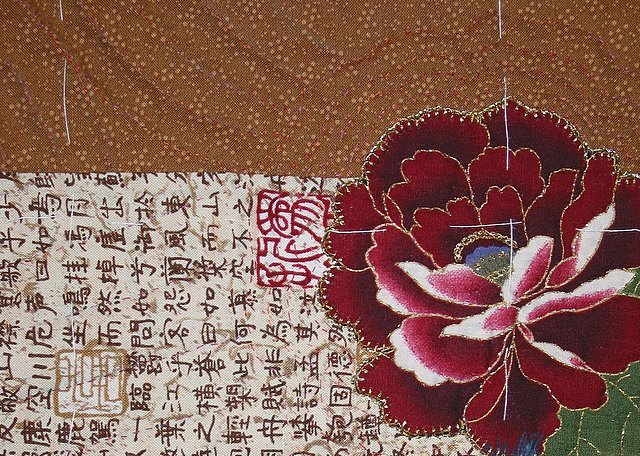 Have considered taking the majority of the quilting out and starting over with a solid color and thicker thread, but I'm to lazy and it is too easy to say, "I'm just practicing."
Posted by jenclair at 10:56 AM